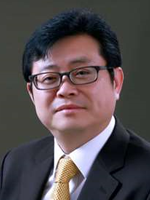 Mr. Kim wrote “Can the Earnings-stripping Rule Withstand the Crossfire of the Treaty Nondiscrimination Rule?” which was published in the Korean Taxation Law Journal and “Tax Incentives to Promote Corporate Reorganization” which was published in Human Rights and Justice. He also wrote “Lease and Tax Avoidance” for his LL.M. thesis. Most recently, he co-authored “”Beyond the Tax Audit: The Korean Tax Appeal and Litigation Systems”” for Asian Counsel (2007.10).

Mr. Kim has represented many noclients, including Goldman Sachs, Morgan Stanley, ING, Samsung Corporation, Hyundai Group, and Citibank, among others.


“Dong Soo Kim co-heads the practice and is recognised by commentators as “very experienced” and “a prominent practitioner in the market.” He acted for a consortium of Glenwood Private Equity and Baring Private Equity Asia in relation to its stock purchase of a Korean cement company, Lafarge Halla, and with particular regard to minimising the risk of taxation considerations impacting adversely on the transaction. “